If you didn’t know why dogs are man’s best friend, look at this… 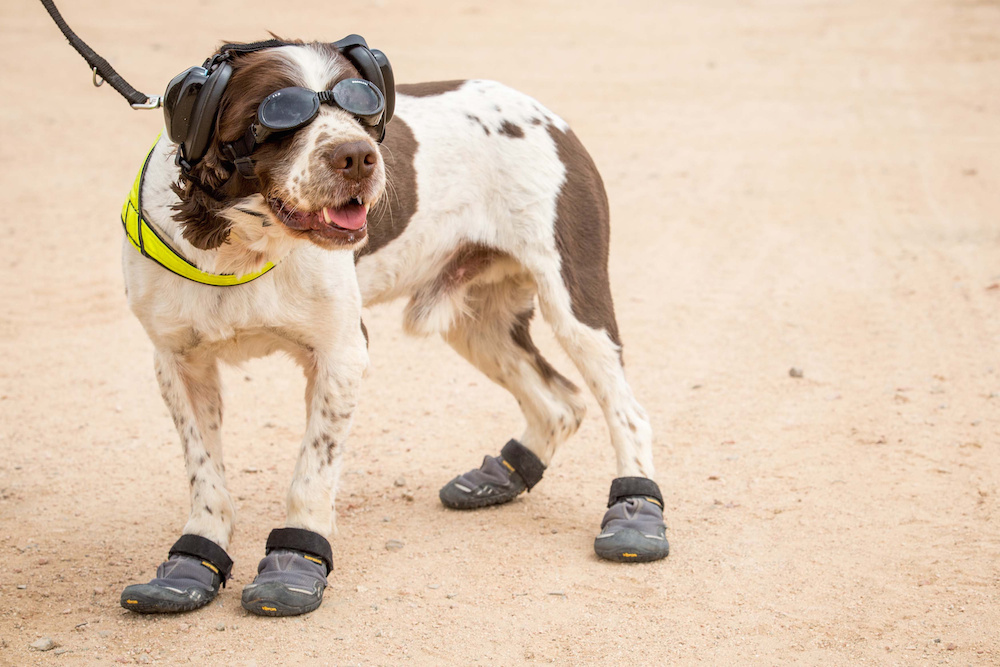 If you support British troops and like dogs, you will love hero dog Scooby.

One of the British Army’s oldest working dogs has donned goggles and boots for the largest military exercise in a decade – as it trains to support our troops on the front line. Six-year-old Scooby the springer spaniel is one of 35 hero working dogs currently taking part in Exercise Shamal Storm, the biggest military training exercise in a decade.Kitted out in personal protection equipment, the pooches, which are from the 105 Military Working Dog Squadron, based in Sennelager, Germany, are heart-meltingly cute.

Each dog has its own body armour, ear protectors which allow them to be exposed to loud noises and eye goggles, for sand-storms and helicopter landings.  They even have specially-developed dog boots, which allow them to safely walk over dangerous liquids and jagged ground – just like human soldiers.

Scooby has been with the unit for five years since completing a tour of Afghanistan in 2012 as a search dog and is trained to sniff out explosives in vehicles and luggage.

Alongside 1,600 soldiers and 314 vehicles, Scooby has gathered with his handler, Private Megan Cropper, in Jordan for a three-month training exercise. It is to test whether the Armed Forces could successfully mobilise in the event of a full-scale operation. 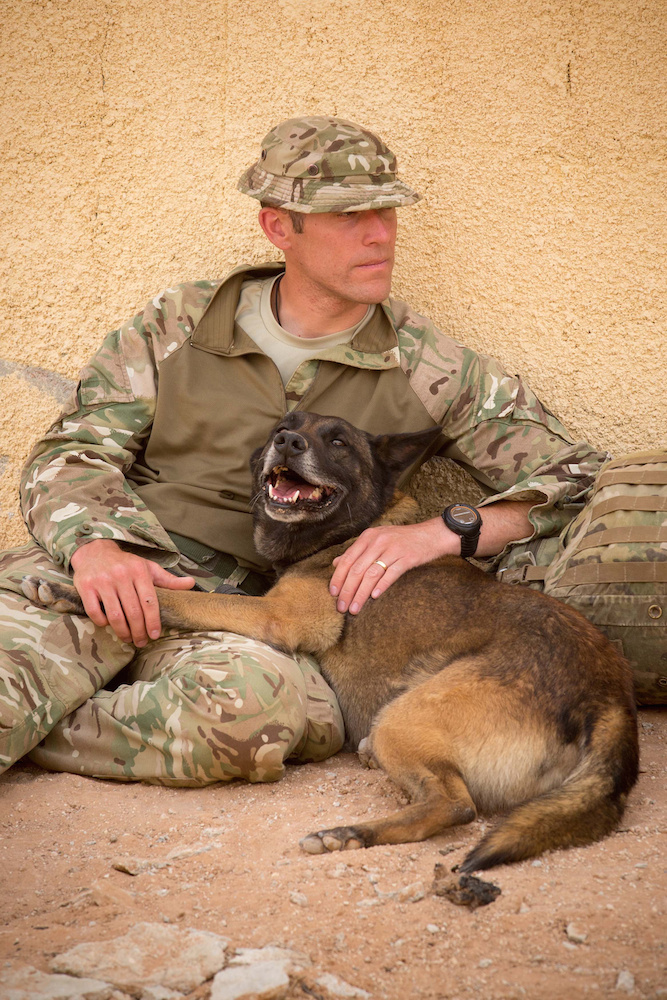 The loyal animals are in the Middle East to undergo rigorous training and are being put through their paces so they are strong enough to deploy anywhere in the world.

Warrant Officer Class 2 Steve Hood, speaking from Jordan, said each of the 35 dogs will get through on average 600g of feed each per day, over 75 days.  He said: “Everyone has got their own objectives to achieve out here. The units can find out how military working dogs can support them using our capabilities. Equally, it gives my handlers experience in working in these environments. The dogs out here aren’t panting, they are used to the environment and have adapted to it.  Military working dogs are still so relevant in modern warfare. They are so adaptable.”

In the past, working dogs have served alongside British troops in Northern Ireland, Bosnia, Kosovo, Iraq and Afghanistan. They protect soldiers on the ground by sniffing out explosives, weapons and ammunition and some can even alert their handlers when enemy fighters are on the approach. 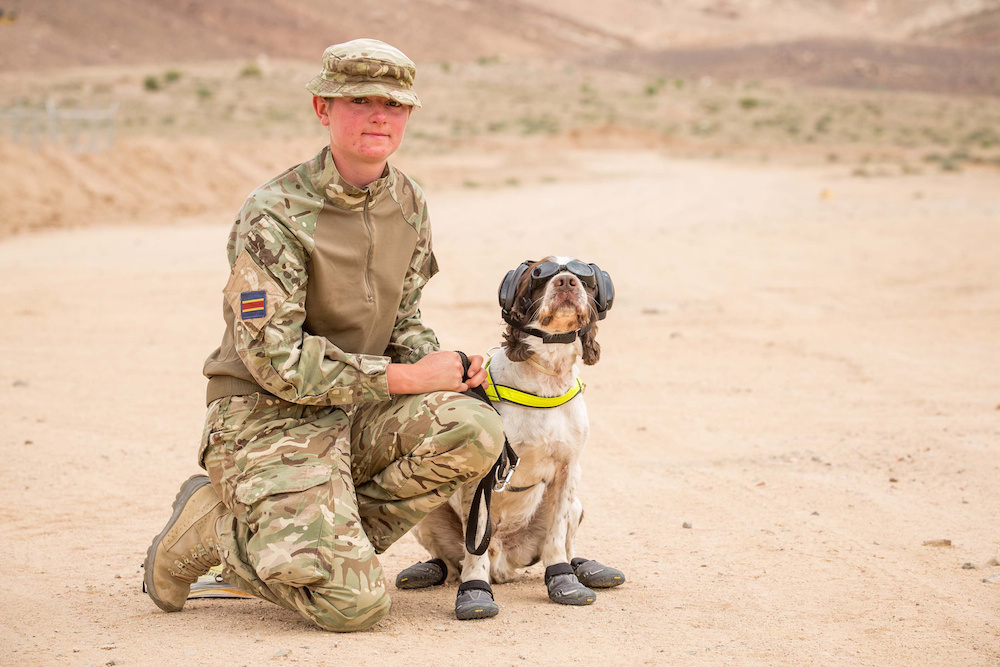 While in Jordan, the dogs are supporting different units and working with troops to haven’t been supported by military working dogs before.

Major Ross Curnick of the Royal Army Veterinary Corps, said it is important for them to train away from their home base. He said: “It allows you to practice moving your animals, your people, your equipment, to prove we have the ability and capability to deploy and work anywhere in the world.” 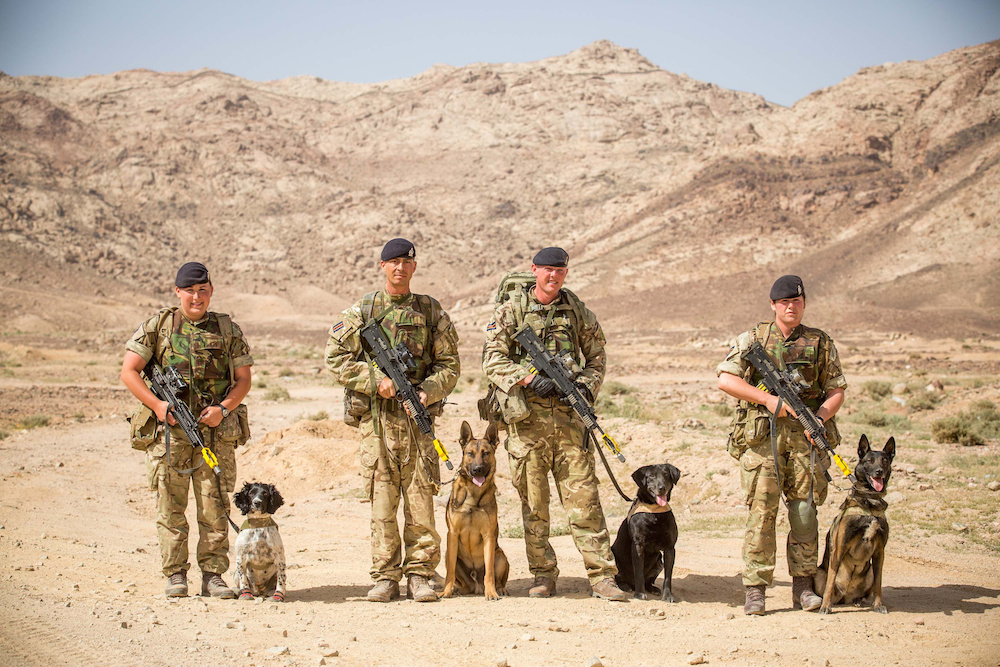 Exercise Shamal Storm 16 is an overseas training exercise in the Kingdom of Jordan run by Force Troops Command from 25 January to 18 April 2016. British troops have been training alongside troops from Jordan, the United States and other partner nations. It is a validation exercise of the Vanguard Enabling Group’s (VE Gp) ability to deploy anywhere in the world and to any military operation.

Lientenant Colonel Steve Foreman, Commanding Officer 1st Military Working Dog Regiment said: “With the amount of condensed training we conduct out here, one month’s training is probably the equivalent to a year’s worth back at home.”

They form part of the Military Working Dog unit out in Jordan on Exercise Shamal Storm. The British Army is currently staging its biggest overseas military training exercise in more than 15 years. 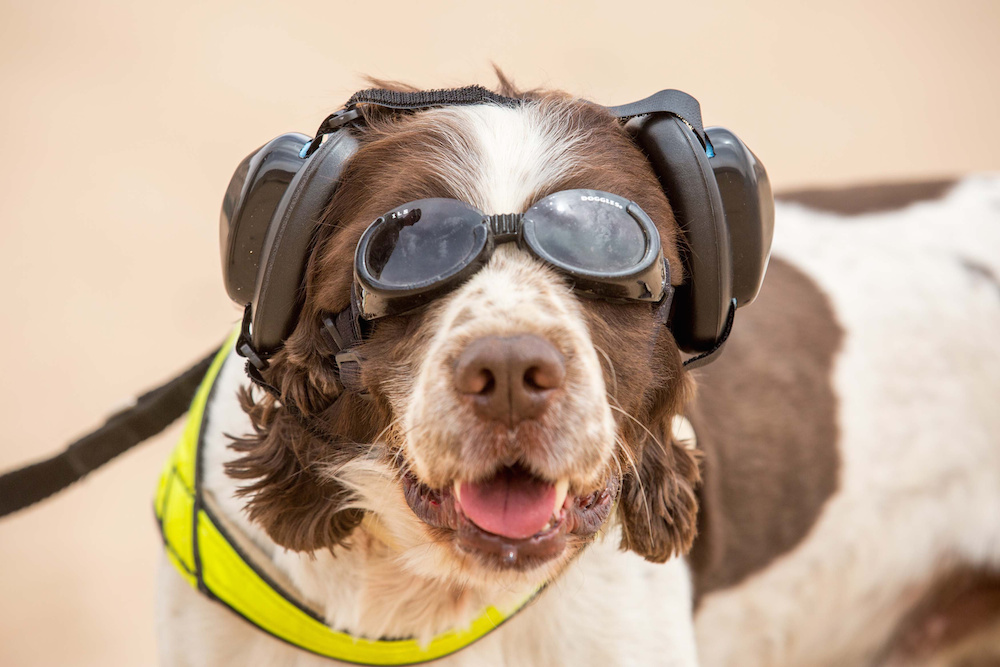 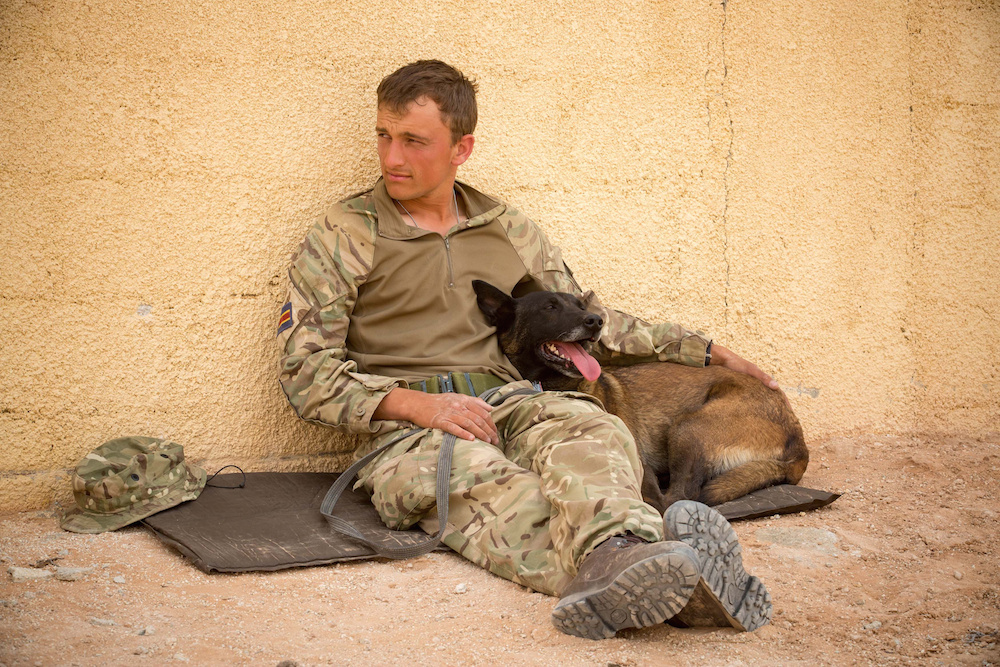