Is This Britain’s Smallest Puppy? 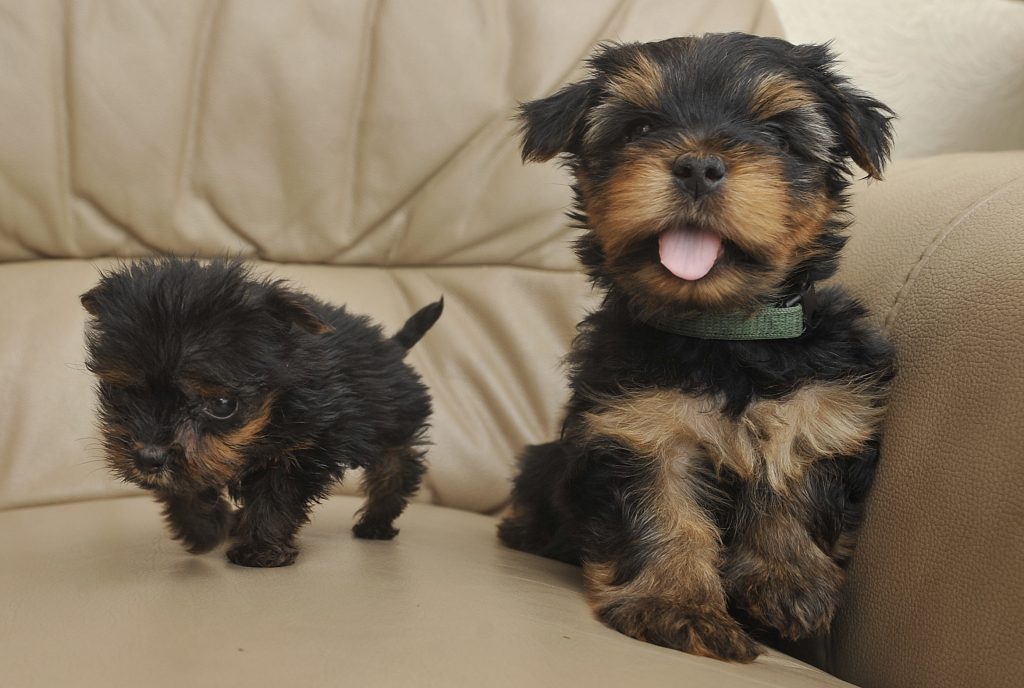 Tim, the Yorkshire terrier, with his sister Winnie who like Tim is also seven weeks old.

Britain’s smallest puppy has defied all the odds by surviving despite weighing just 2.5oz at birth and standing smaller than a can of IRN BRU.

Seven-week-old Yorkshire terrier pup Tim was born lifeless and not breathing and owner Andrea Mcgowan, 42, battled to revive the pooch by rubbing him with a towel.

Thankfully the tiny terrier, who was a pup from a litter of six, came back to life with a few gasps of air.

However, teeny Tim wasn’t out of the woods and was too weak to feed from his mum, Dolly.

Owner Andrea had to take over and spent weeks bottle-feeding him every two hours to make him strong enough to survive. 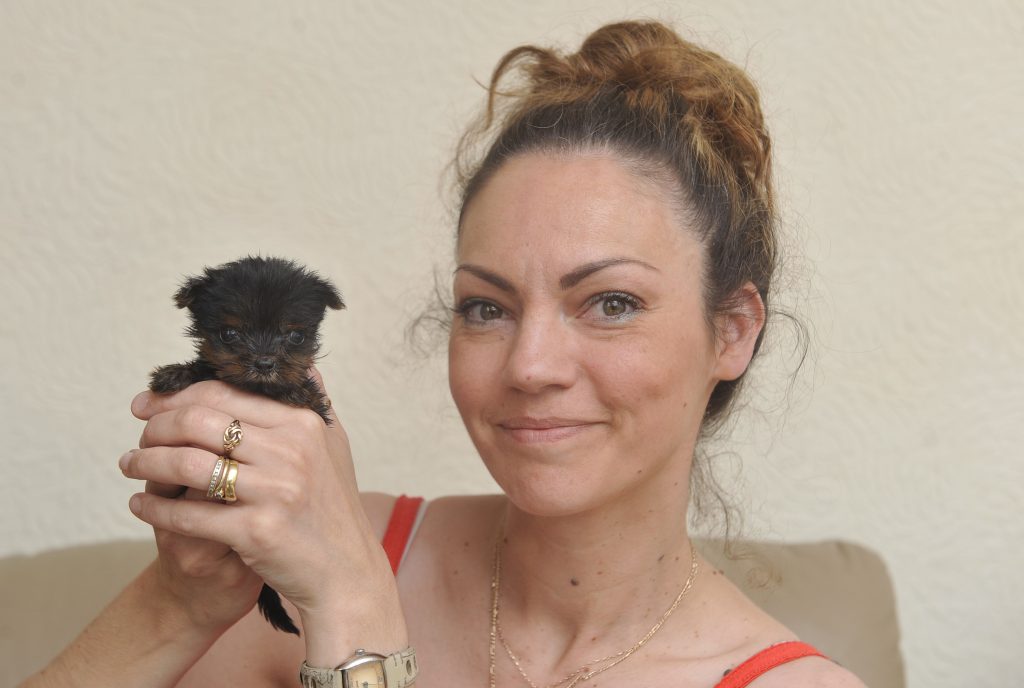 Andrea Mcgowan from Bolton, Lancs., with Tim, the Yorkshire terrier, who is seven weeks old and one of the smallest puppies in Britain.

Andrea, of Bolton Lancs., said: “That was horrendous because it was so tiring and I was constantly worrying about him getting dehydrated if I missed a feed.

“And then after the feed I had to wind him then rub his belly to make him poo and wee.”

Mother-of-three Andrea said rearing the sickly pup was harder work than raising her own children because it was more difficult knowing what he needed.

But Tim was more fortunate than one of his brothers, who sadly only survived a few hours after being born.

She said: “We did not think Tim was going to make it and we are genuinely surprised he is still here.

“But he is doing really well at the moment and gains a few grams every day.”

“He is a really feisty little dog and much braver than the others.

“When we take them all out of the pen they are all quite timid but he just wanders around and he loves climbing over things – he also likes climbing into shoes and jumping off tall objects, so you have to watch him.” 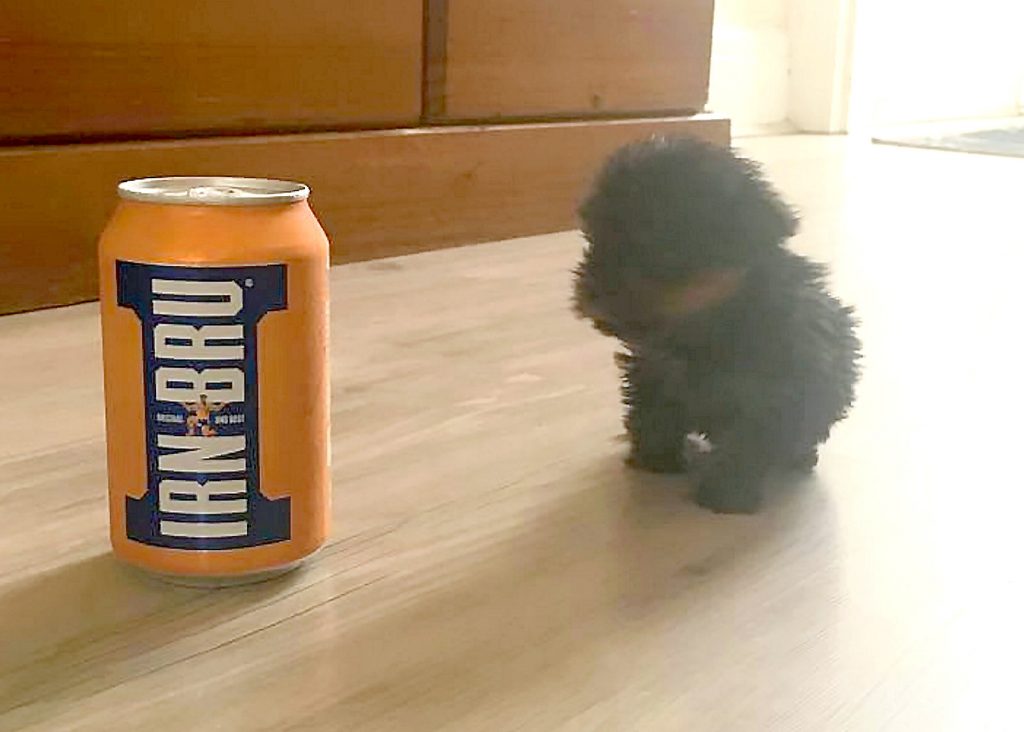 Tim was smaller than a can of pop when he was born. 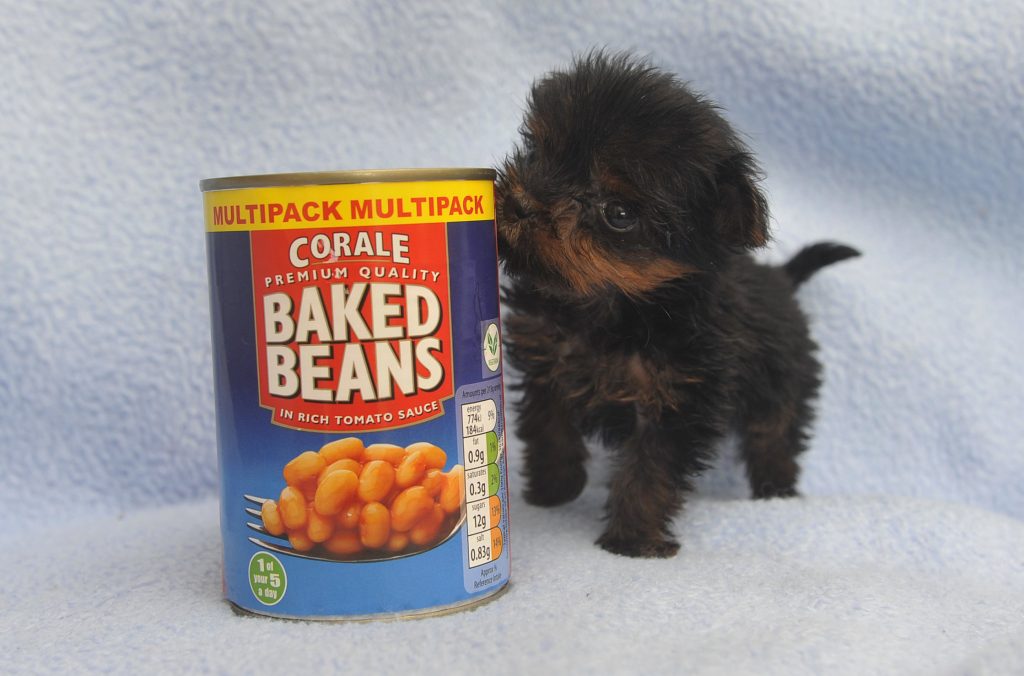 Andrea said the brave-hearted pup loved sleeping on people’s laps and was a big hit at the family business – a Bolton fish and chips shop where Andrea takes him every day so she can keep an eye on him.

She said: “The customers love him and want to see him when they come in and they all want to take him home with them.”

Tim weighs in at 9oz now and also has a ferocious little appetite.

However, his future is uncertain as the family have learned that he may be suffering from chondrodysplasia – or ‘canine dwarfism’ – but they will not be able to have a proper diagnosis until he is 18 months old. 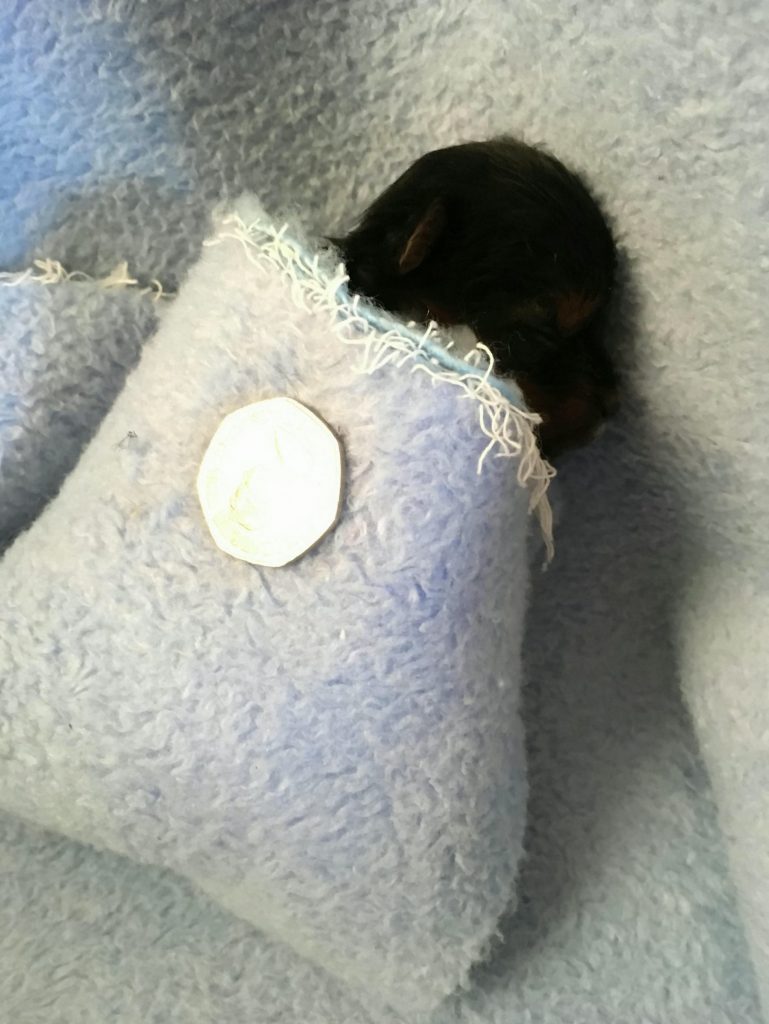 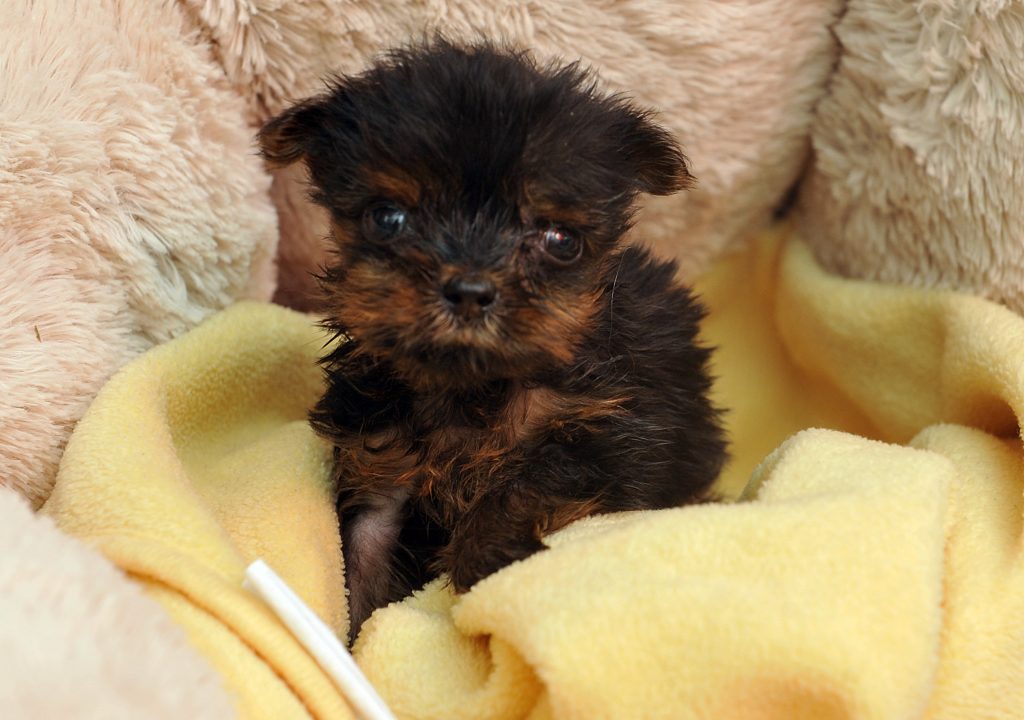 Tim, the Yorkshire terrier, is seven weeks old and one of the smallest puppies in Britain.

Tim’s brothers and sisters will be be re-homed when they have finished nursing with mum, Dolly, but Tim will be staying with the McGowans.

Andrea said: “We are all very attached to him – after nursing him back to health 24 hours a day.

“We love him to bits – we will just have to see how he goes and keep on fighting to see him grow more and take each day as it comes.”

Joe Newman interviewed by BBC after Tragic Grenfell Tower Fire
Picture of the week: Fine reward for early start on a frosty morning