Picture of the Week: A Strange Funeral

This week’s picture of the week comes from SWNS staff photographer Adam Gray.  The picture was taken in Porthcawl, Wales, where a large crowd of well wishers and locals gathered for Steve Strange’s funeral. It was taken on a 5Dmk3 with a 500mm lens – a long lens was used to capture the emotions of the pall bearers and the detail on the coffin. 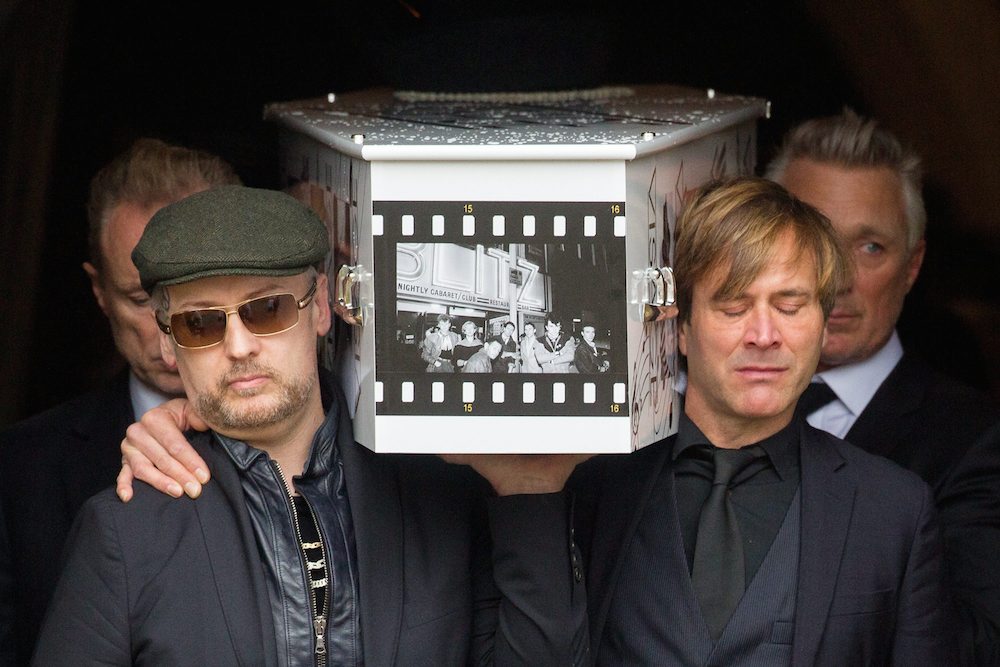 Steven John Harrington, known by his stage name Steve Strange, was the lead singer and frontman of the 1980s pop group Visage. The Welsh pop-star was also a nightclub host and promoter.

Steve Strange died aged 55 following a heart attack whilst on holiday in Egypt. Around 300 mourners attended the funeral, including some of the biggest names from 80s pop, turned out at All Saints Church, Porthcawl.

You can also look through Adam Gray’s photos in this gallery: Adam Gray